For this 20-minute experience, renowned artist Michel Lemieux created a series of 25 scenes with text from Michel Marc Bouchard, all supported with images by Normal and technical integration by Elevation IT. Each tableau required its own interactive effect, which we delivered using the power of PHOTON.

Because PHOTON offer so many discrete elements that can come together on the FX Graph in so many combinations, its potential is virtually infinite and creators can achieve never-before-seen effects without having to turn to custom coding.

For example, for La Pointe de l’Île we used the FX Graph to develop a new way to control playback for sprites. Before, sprites, which are animations that operate as individual particles, could run either in loops or ping-pong style. A butterfly could flap its wings, for example, in a graceful yet repetitive way. With this project, our team took advantage of PHOTON’s extreme modularity to generate new, controllable animations and open the door to extraordinary, granular interactivity.

This was behind much of the magic that visitors trigger with their movement, captured by infrared cameras and transformed into 2D effects on the ground. Walking over a historical map reveals present-day layouts. Exploring a vegetable garden with tomatoes, lettuce and pumpkins becomes a whimsical delight when you discover that they grow as you approach.
“When we hit on a particularly interesting combination, it can become part of the PHOTON preset library, which is always growing,” explained VYV PHOTON programmer and VFX creator Nicolas Pfeiffer. “We give ourselves permission to develop and grow, and that’s been part of our vision for the tool since the very beginning.”

Along with new effects, PHOTON’s nuanced colour grading, a perennial favourite among the creators we work with, came into play in this project by enabling Michel Lemieux to fully realize his artistic vision and satisfy his exacting standards.

Creating a public installation like La Pointe de l’Île requires everyone involved to work in parallel, and once again PHOTON’s previsualization feature made it possible to get the job done by simulating the projections ahead of time while other crews prepared the plaza by moving benches and flowerpots and installing the projectors and infrared cameras. Over 75% of the show was created before the VFX team even set foot onsite.

Reflecting on his experience with Cité Mémoire, Nicolas Pfeiffer remarked, “Since we’re an international company working all over the world, it’s really a treat to do a project for our neighbours here at home in Montreal. We’re made in Montreal and I think it’s important to show it.” 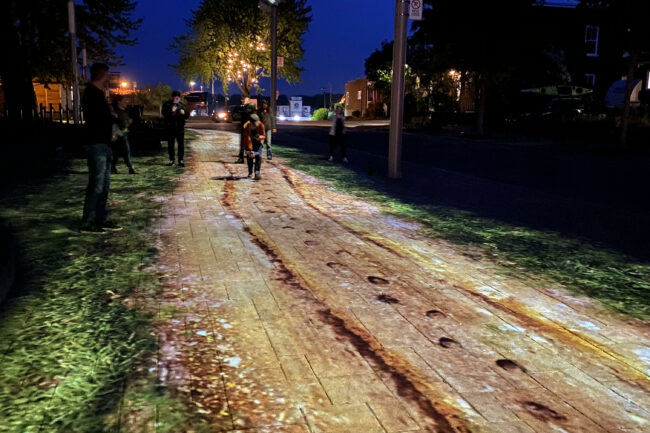 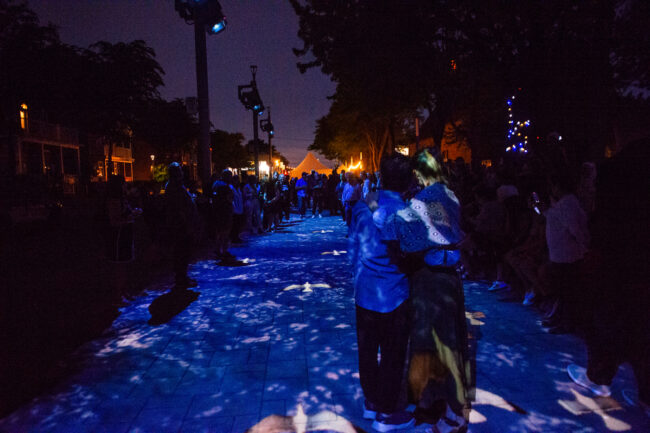 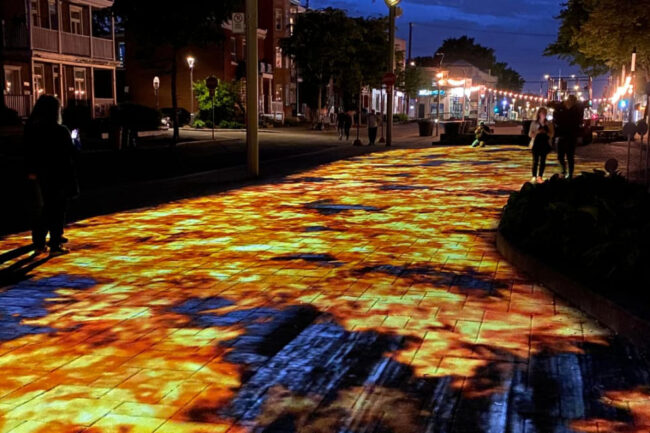 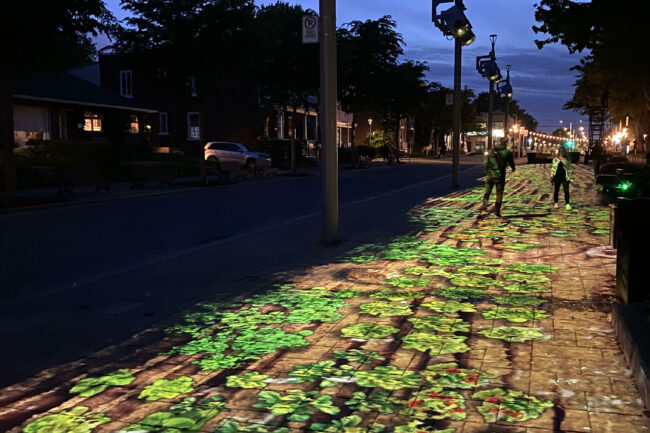